Food For The Asthmatic

Asthma is a health condition a lot of people overlook. People living with asthma may not be seen as chronically ill, but also need care because if not properly taken care off; asthma could lead to death. I’m not a medical personnel, but from the reading I’ve done, and being around asthmatics; I can tell you a few things about asthma. Asthma is a disease caused by an inflammation of the airways, which primarily consists of the bronchus. This obstruction disrupts the flow of air for respiration and leads, to wheezing and shortness of breath. 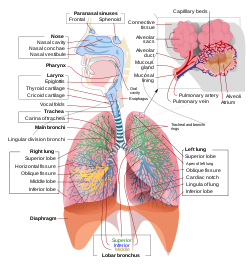 It is caused usually by genetic factors and can be triggered by unsuitable environmental factors. There is no known cure for asthma, but the disease can be controlled with proper medication and lifestyle practices. These include the right kind of exercise and diet. While there is no definite proof  that a diet can affect asthma; there are a few hints which support the claim. A person living with asthma can follow these practices and monitor the effects on their health. As always, discuss any major changes with your doctor before moving ahead.

6 Unexpected Things That Are Making You Stink

An apple a day, really does keep the doctor away. A British study found out that people who eat apples have a 32%  lower risk of asthma than people who didn’t eat any. It is thought, that this is due to the presence of flavonoids (also present in tea) in the apples. Khellin, a flavonoid, is thought to open up the airways. 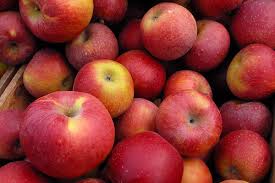 Like it or not, garlic is also on this list. Garlic has anti-inflammatory properties, which is good since asthma causes inflammation. Garlic has also been found to contain an anti-oxidant, allicin, which decays in the body and produces chemicals which fight free radical damage. Just be careful to pop a tic-tac when you’re done.

Also foods high in vitamin C, such as citrus fruits. prevent damage caused by free radicals. This was found in a study conducted in pre-school children in Japan. So next time you’re going grocery shopping, stock up on oranges, lemons (there’s that fruit again), and tomatoes.

Foods high in anti-oxidants also do a good job in keeping asthma at bay. We’re most interested in beta-carotene which is contained in carrots, sweet potatoes and green peppers.I feel like making a salad now…

Studies have also shown that caffeine is a broncho-dilator which opens up the airways and increases airflow. Now, I won’t recommend overdoing it on the coffee; go for black tea or green tea instead. That way you can get your flavonoids, anti-oxidants and caffeine all in one shot.

All these studies have not led to definite conclusions, so do the research and speak to a qualified person. Asthma is a disease that can be managed; an asthmatic patient can lead a normal life. I hope I shared some useful tips with you today. Until next time, stay safe.