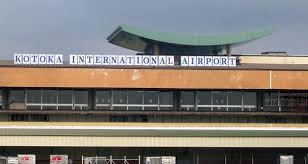 Air travellers who arrived in Ghana between Saturday and Sunday were mandatorily quarantined as the West African nation takes stringent measures to contain the spread of the deadly coronavirus.

Passengers from Liberia and other parts of the world who came with various airlines such as Ethiopian Airline, Air Ivoire, African World Airlines, among others, were picked up at the Kotoka International Airport (KIA) and taken to a hotel for quarantine.

One source told DGN Online that the airline she travelled with from Liberia to Ghana did not inform her about the likelihood of her being quarantined upon arrival in Ghana.

Ghana has recorded a total of 21 confirmed cases of coronavirus and one death involving a 61-year-old Lebanese man in Kumasi.

The country is, therefore, putting in place tough measures to contain the virus and protect its citizens and other nationals living within its borders.

President Nana Akufo-Addo on Saturday night, March 21, 2020, announced to the nation all Ghana’s borders including land, air and sea, would be closed to passengers from around the world for two weeks as part of containment and preventive measures.

The closure of the borders took effect from Sunday, March 22, 2020.

“Firstly, all our borders, that is; land, sea and air, will be closed to human traffic for the next two weeks, beginning midnight on Sunday,” the Ghanaian President said.

He added that “anybody who comes into the country before midnight on Sunday, will be mandatorily quarantined and tested for the virus. This closure will not apply to goods, supplies and cargo.”

Those already being quarantined in the hotel are having their bills including feeding fee being catered for by the Government of Ghana unlike in Uganda where persons desirous of visiting that country are told to do so but stand to be quarantined in a 5 star hotel for two weeks and paying for the hotels themselves.

One of the travellers who arrived on Saturday in Ghana and sent into quarantine, indicated that after going through checks at the KIA, passengers were asked to board Ghana Armed Forces and Ghana Police buses to begin a 14-day quarantine.

Some were reportedly sent to the Airport View Hotel which is close to KIA to begin their quarantine period.

Others are believed to be under quarantine at the La Palm Royal Hotel, Ibis Hotel, Holiday Inn, among others.

Brazilian legend, Ronaldinho is expected to be allowed

BBNaija: Brighto is in love with me – Dorathy

Survivor of the boat accident in Lagos that killed 16 people narrates how he survived; blames the accident on greed